3 Ways a New Runner Can

Benefit from a Running Coach

After a casual chat turned into a pseudo-counseling session regarding a wall I was hitting with my running progress, a friend of mine suggested I consider finding a running coach. Admittedly, I thought the idea was a little ridiculous—in my mind, running coaches were for Olympic athletes and serious marathoners. The thought of hiring someone to train me when I couldn’t even run a 10-minute mile felt like a setup for ridicule, and I found myself wondering if a coach would even be equipped to train someone so slow. Luckily, zero ridicule and one willing coach later, I’ve discovered that seeking experienced training guidance can benefit newbies in some pretty big ways. 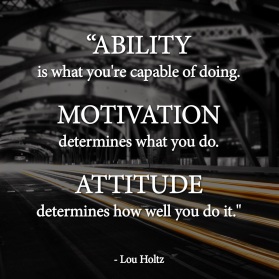 As someone who is new to running, one downside of having so much information a web-search away was the overload that came with it. Each site or board was full of well-intentioned (if sometimes conflicting) information. Once I finished Couch to 5k, I was completely lost: was I supposed to do it again? Where did I go from there? Each search brought five new options and each plan I attempted would lead me to try a new plan to see if it would work better for me. A month later, I’d look at my logs and realize I’d made no measurable improvement in any area, which would just throw me into another cycle of frustration-fueled research.

Having someone there who is knowledgeable and equipped to tailor my training relieved me of being in a persistent state of wondering if I was training in a way that suited my body and level, which freed me to just enjoy running.

Less feeling like a freak, more getting to know yourself as a runner:

Another side effect of lacking direction with my training was the looming thought that I must be beyond help if I couldn’t make the advice of different running articles work for me. There were more than a few moments when I’d give something new a shot only to fall short of the “Beginner: Day 1” requirements. Deflated, I’d later find myself staring at people while in line for coffee, resenting them because I was sure they were all better runners than I was.

So far, one of the best things I’ve gained through having a coach has been the ability to start training from a point that is suitable for me, which has allowed me to improve more quickly and even pleasantly surprise myself in the process. 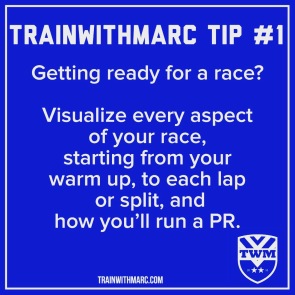 Sure, I want to be a runner for me—but I’d be lying if I didn’t acknowledge the fact that having a coach adds that extra push for me to go run after work on days when I overslept or procrastinated it. Somehow, looking at my training plan for the week and noticing a mileage increase doesn’t register so much as panic-inducing, but as a chance to prove to Coach Marc that his expectations weren’t misguided—which in turn, makes completing the run and proving it to myself that much sweeter.

Do you feel overwhelmed by all the “advice” about running on the web? Try reaching out to a coach who can help you simplify training.

1st time marathon runner‼️⠀
5 days off due to being run down can significantly alter your running and racing goals, right?⠀
Time to run that BQ 🦄 bell!⠀
We’ve never had a runner compete in the BERLIN MARATHON before!⠀
Big congrats are in store for Sarah, who ran a healthy 10k in Atlantic City this weekend! Way to go! Next up, the Love Run in the winter.
Fact:⠀