The first big weekend of the racing season just passed – and much of the South Jersey runners were in Haddonfield for the 2016 Adrenaline 5k.

Samantha lined up with over 900 other runners to compete on the quick 5k course that winds through downtown Haddonfield.  This race, every year, seems to be the kickoff to the road racing season – and for good reason.  It’s supported by a great town, has a great running store to sponsor it, and provides the perfect starting point for our local runners.

Being the first race in a while for many runners, we’re often times seen shaking off the proverbial cobwebs – the rust between our fall racing season and the long, cold, winter miles.  This is the time that runners make their mistakes in hopes of learning from them for later races.  It’s all in the name of getting prepared for the battles, trials and tribulations of peak racing season.

As most of us know, these early season races are just for finding out the extent of our hard work and how much more we need to go.

Here are the race results for the 2016 Adrenaline 5k

As always, thanks to the Running Companies of South Jersey for putting on an awesome event!

For more Adrenaline race recaps, check out these links:

Didn’t expect 10 miles to feel this good. I guess when you come back to a spot you’ve run 100s of times as a kid, it just kinda flows naturally.
It doesn't always work out that Monday is an off day from running, but it usually is.
Are the short days and cold temps getting you down in the dumps? I’ve certainly had those days too. This post will help all of us get in our workouts while keeping our heads clear.
How many pairs of shoes are you rotating in your training program right now? Personally, I'm at 3. I also track the miles each shoe has on them so that I'm not running on shoes that don't support me.
Even on a quick weekend getaway, there is time for you to make yourself better.
It’s been a hundred years since John and I went to Florida ☀️for a high mileage training “vacation”. It’s still one of my fondest memories as a post-collegiate runner. 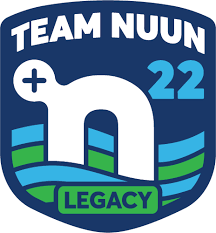