and I couldn’t have been more wrong.  We hiked two main trails while we were there – and neither disappointed.

Bright Angel was one.  With a starting elevation of 6,708 you’re already at a high altitude where there’s not a lot of oxygen.
Our original goal was to do 9 miles, but we got a late start (mainly from poor planning on our end).  We ended up going to the 3 mile rest stop (6 miles round trip) instead as we weren’t sure how much we could handle on Day 1.  At 3 miles, we had dropped nearly 2,000 feet of elevation.  As we got lower in the Canyon, the temps rose – from 90 at the start, to well over 105.  It was surely a challenge as the sun got hotter and we had to make the trek back to the top.  When all was said and done, the hike took 4 hours round trip.  We were both tired, hot, and ready for flat ground when we finished.

Recommendation: start before 7 am. 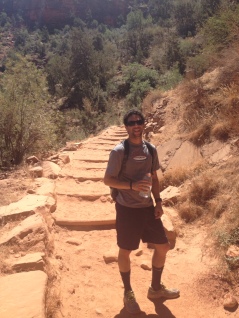 We also hiked the South Kaibab Trail while we were there.  This trail appeared easier – mainly because we were on the trail at 7:15 and we only went about 3 miles total.  The views were absolutely amazing.  We stopped at a spot called “Ooh-Aah” lookout point.  Yep, it was just as nice as the name said it would be!  The elevation drop was only 600 feet – way more tolerable than Angel’s Landing.

All in all, an absolutely amazing trip.  The Grand Canyon is one of those places that you just have to go see for yourself.  The photos don’t really do it much justice.  It’s a beautiful place with amazing history and priceless beauty.  If you can, you really should come out and see the Grand Canyon. 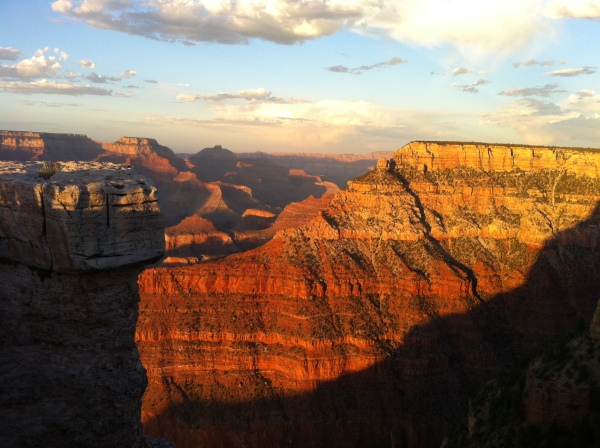